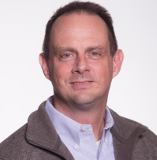 What it is, how it happens, and why it’s a problem.

Varnish buildup from oil degradation can cause serious problems in industrial turbines, hydraulic systems and compressors. Downtime, repair or replacement costs can run into the millions. Fortunately, there are steps you can take to reduce the risk of varnish forming and mitigate its impact when it occurs. First, though, it’s helpful to understand what it is, what causes it, and the effects it can have on equipment.

Varnish is a wide-ranging term encompassing various types of deposits in oil systems. Some types are hard and tenacious, others sticky, and still others soft and thick, commonly referred to as sludge. What they have in common is they typically originate from the breakdown or degradation of the oil in the system. Varnish usually forms and sticks in areas that are either very hot or very cool and stagnant.

Measuring or detecting varnish is a challenge. Every equipment operator should have an oil analysis program to check for contaminants in the oil. However, oil analysis only measures the precursors of varnish. MPC testing (Membrand Patch Colorimetry) is an indicator the oil may be breaking down, a measure of the potential for varnish but not of the varnish itself. Varnish does not appear in the oil, but on the metal surfaces with which the oil comes in contact. The only way to know you have varnish is to see it on a surface or to experience its effect. For example, a sticky valve is a likely indicator of the presence of varnish.

Varnish is triggered in various ways. In general, the cycle of varnish starts with something that upsets the stability of the lubricant, usually a thermal event such as excessive heat. This causes the oil to start degrading and impurities to start forming. For a long time, those impurities stay dissolved in the oil and don’t cause any harm. As more and more accumulate, however, they begin to stick together, forming insoluble, suspended submicron particles. Ultimately, these particles become polar, or electrically attracted to metal surfaces. When they start sticking to those surfaces, they become varnish.

Cross-contamination of oils with incompatible additives can also trigger the varnish cycle. If an operator introduces a new oil with a different additive formulation from the existing oil, the additives can react with each other, which upsets the lubricant and starts the process of degradation that ultimately leads to varnish.

Often the process is reversible, depending on the oil temperature. The hotter the oil, the better it can hold varnish in solution. If the system is allowed to cool, or the oil becomes stagnant, as often happens when equipment is shut off for a few days or a weekend, the risk is greater that varnish will stick to surfaces.

In some turbines, varnish tends to target servo valves, causing them to stick and either delay movement (hysteresis) or refuse to move, which can “trip” the turbine out of operation, causing a complete shutdown. In a peaking turbine, one that is held in reserve for peak demand, stuck servo valves can result in failure to start. Downtime and repair costs can run from $100,000 into the millions.

Varnish is a complex subject and this brief overview barely scratches the surface. But it will help you understand the primary causes (extreme heat and oil contamination) and the possible impact on your equipment. So, what can you do to reduce the risk of costly damage? We’ll tackle that topic in our next article.

Filter by
Clear All
Filter by Category
Apply Filter Clear All